Finding Tai Chi Chuan lessons near Playa Del Rey, CA has never been easier. We have three convenient classes to serve your needs. 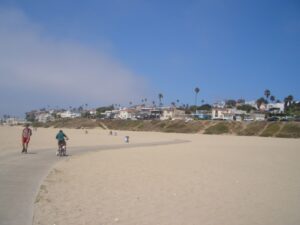 Here is a list of our Tai Chi Chuan classes within a 5 mile radius of Playa Del Rey, CA:

Tai Chi works to alleviate symptoms of stress both physically and mentally. By creating a healthy mental and physical condition, individuals will be much more capable of defending themselves against outside forces.

People today do not just see Tai Chi Chuan as a form of martial art. Rather, Tai Chi teaches self-defense techniques while at the same time promoting overall health and well-being. Scientific studies have proved that Tai Chi Chuan benefits our individual stability, flexibility, and heart health. It also decreases the chances that you will ever endure a fall, and helps you to burn calories and stay fit. As you can see, Tai Chi offers many physical and mental benefits – so take some time out of your busy schedule and focus on increasing your health and well-being.

When it comes to training in Tai Chi, the student must learn to show flexibility when defending against an outside force. If they respond to violence with violence, someone will inevitably be hurt. To prevent any injuries from being sustained, Tai Chi teaches students not to fight back with violence, but rather to defend with calmness and awareness.

Close, medium, and long; these are the three different ranges that students in Tai Chi Chuan learn. When learning Tai Chi, the masters generally prefer open hand strikes and pushes to actual punches. Similarly, all kicks must be to the legs and never above hip level. When beginning Tai Chi, the master will teach the student everything they need to know about defending themselves against outside forces. Once they have displayed a thorough understanding, they can move on to learn the actual defense mechanisms.