Once you decide to practice Tai Chi in Studio City, CA, one of the most important decisions you will have to make is what style to practice. There are many different styles of Tai Chi to choose from, each of which have many similarities and differences. With that said, no matter which style you choose, you will always reap the benefits of improved health, reduced stress, and increased gracefulness. Let’s take a quick look at the top 5 Tai Chi styles to help you choose which is right for you. 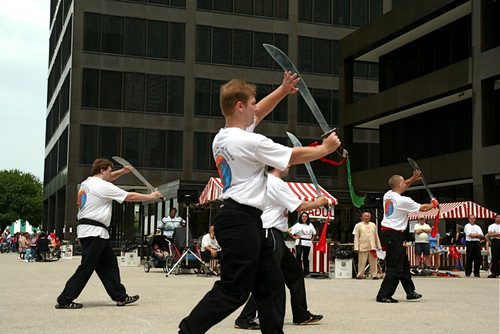 Yang Style Tai Chi is the most popular and widely practiced style of Tai Chi around the world. Within America and England alone, there are over 20 different variations of the Yang style. Each of these variations place emphasis on different technical points, but still have the same basic principles in common. If you are to practice Tai Chi in Studio City, CA with the TCSociety, this is the style of Tai Chi that you will be learning.

The second most common style of Tai Chi is the Wu Style. Derived from founder Chuan You, this style only has three main variations. While this style is a variant of the Yang style, it is different in that it emphasizes small compact movements as opposed to the large movements emphasized in Yang style. Together, Yang and Wu Tai Chi comprise over 80% of all Tai Chi schools.

When practicing Tai Chi in Studio City, CA, you might also come across the Chen style. This is the original style of Tai Chi. In fact, it is the style of Tai Chi that the Yang was created from. Unlike most versions of Tai Chi, not all movements in the Chen style are slow. Rather, slow movements are combined with fast and explosive ones. Chen practitioners are much more difficult to find than Yang and Wu practitioners.

This style of Tai Chi is extremely rare. It is very unusual to see it practiced in China, and it is virtually non-existent in the West. This style of Tai Chi places more focus on internal chi movements than it does on physical motions. It is considered to be a very advanced form of Tai Chi that is practiced by only those with a significant background in the art.

After Yang and Wu, combination styles are the third most popular style of Tai Chi. These styles mix and match movements from the other 4 styles. They also incorporate movements from other styles of martial art such as hsing-i and bagua.

As said previously, if you decide to practice Tai Chi in Studio City, CA with TCSociety, you will be practicing the Yang style of Tai Chi. You may also be able to find several practitioners of the Wu style, and possibly even the combination styles. With that said, it will be difficult to find a practitioner who teaches Chen or Hao Tai Chi.