The History of Tai Chi Chuan

Tai Chi is a form of martial arts which roots are entrenched deeply within Chinese history. When translated, the term Tai Chi Chuan stands for the "supreme ultimate fist". It can also be translated to "great extremes boxing", "boundless fist", or "the ultimate". Let’s take a closer look at the history of Tai Chi Chuan, as well as where the martial art stands in society today.

Like many other martial arts, the actual roots of Tai Chi are difficult to trace with any level of certainty. With that said, it is believed that the art form dates back to 1300-1400 AD. The original 13 postures of Tai Chi is accredited to Chang San-feng, a monk of the Wu Tong monastery. Whether this individual is historical or fictional, no one knows. As the story goes, the original 13 postures are based on three different factors; the I-Ching, the five elements, and the yin and yang theories. These movements were designed to help strengthen different aspects of the body, promoting health and wellness among those who practiced the art. The idea behind Tai Chi is that it promotes the free flow of the body’s natural energy. Referred to as "Chi", this pathway is believed to be the route to achieving harmony, balance, and better overall health and wellness.

According to belief, Chang San-feng’s student (Chiang Fa) went on to refine San-feng’s movements. And it is these amendments that are practiced within Tai Chi Chuan today. 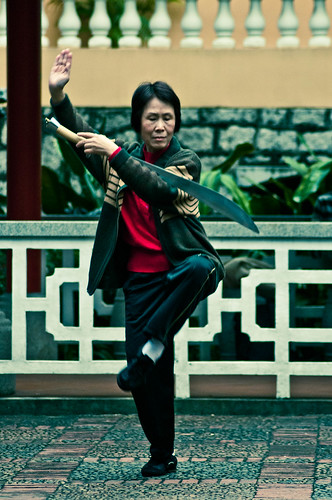 Regardless of the roots of Tai Chi, the characteristics of today are all the same. A soft style of martial arts, Tai Chi places it’s focus on internal power. Many of the forms practiced within Tai Chi are expressed through "katas". Most of these movements are slow moving, but there are also some that are performed at a quickened pace.

The goals of Tai Chi are the same as they were hundreds of years ago. Tai Chi is a form of martial art that teaches individuals to defend themselves – but only in necessary situations. It is also seen as a form of stress relief, as well as an excellent way to improve body strength and increase health and wellness.

There are several different types of Tai Chi practiced today. And while Tai Chi Chuan is not the oldest form of the art, it is the most popular form. There are many reasons that individuals chose to practice this art form. Whether you need to relieve stress, improve health, or learn to defend yourself, Tai Chi is a relaxing art form that is suitable for all ages. When compared to other forms of martial arts, Tai Chi is much gentler on the body, making it more suitable for different age groups and physical abilities.

Before practicing Tai Chi Chuan, be sure to speak to your doctor to make certain that your body can handle it. Once given the go ahead, try a class – you will soon reap all of the benefits that come along with this soothing and relaxing art form.