What to Expect During Your First Tai Chi Class

Posted by inland on
Categories : Classes

If you have ever watched someone perform the art of Tai Chi before, you probably already know that each movement is slow, coordinated, and perfected. This can make it a little intimidating to attend your first Tai Chi class. With that said, there is nothing to be intimidated about. Everyone learns Tai Chi at their own pace, and instructors are always understanding of individual needs. But to calm your mind, let’s answer a few commonly asked questions regarding your first Tai Chi classes. 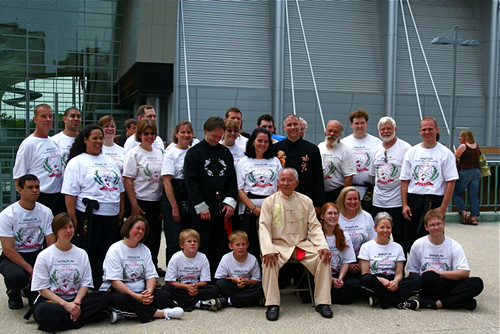 What should I wear to my first class?

Tai Chi requires a great deal of bending, stretching, and moving. As such, you will want to wear clothes that are comfortable and stretchy. While you want to be able to move in your clothes, you also want to make sure that they are not too baggy, as this can also make movements difficult. You should bring a sweatshirt along with you for the end of class, but make sure the clothes you wear are cool – you will be working up a sweat!

What if I don’t know the moves?

If you are attending your first Tai Chi class, you won’t know the moves. You may feel silly and have a hard time keeping up with more advanced Tai Chi students, but it is always important to remember that everyone needs to start somewhere. Even the most coordinated students were beginners at once and all beginners struggle during their first few classes. Pay attention and do your best – the rest will come with time.

What is the appropriate class etiquette?

Class etiquette in Tai Chi comes down to one thing – respecting those around you. Try to show up to class 5-10 minutes before class begins. If you are late, come in quietly and wait for the instructor to invite you in. Other than that, listen carefully to your instructor and be respectful of those around you. If you have any questions, save them until the end of class. Finally, try your best. You won’t learn the movements over night, but if you try your hardest every class, you will catch on quickly.

What should I do when I get frustrated?

If you have never taken part in a Tai Chi class before, you will definitely become frustrated at some point. Tai Chi movements are very technical and coordinated and take a long time to master – which can be very frustrating for new students. The key to handling this frustration is practice. The more you practice, the quicker you will learn and the less frustrated you will become. In the meantime, just remember that everyone starts in the same place – you are not expected to learn the moves right away, just have patience with yourself!

Before attending your first Tai Chi class at TCSociety.com, it is recommended that you watch one or two classes first. This will help you to become more familiar with the pace of the class, the atmosphere of the class, and a few of the moves. Watching classes beforehand will also give you the opportunity to meet some students so that you can become comfortable with your peers when attending your first class.

Just as there are for other forms of martial art and exercise, there are many videos on the market that claim to be able to "teach" you Tai Chi. And while these videos can be beneficial in several other ways, using them to learn the art of Tai Chi is not recommended. The main reason for this is because Tai Chi consists of a variety of precise and specific movements. You can usually learn the basic movements by watching Tai Chi videos, but the preciseness will come down to practicing with others and gaining instruction from a Tai Chi master.

Another reason that group Tai Chi videos are not recommended for learning the art is because they don’t allow you to put the art into practice. You can watch videos and learn the techniques, but unless you have a group of other Tai Chi students to practice with you will never be able to learn the practicality of these techniques and movements.

With all of that said, Tai Chi videos can be useful in many other ways. Firstly, they are great for practicing techniques. Once you learn a technique from your Tai Chi instructor, you can use videos to review the proper technique while you are practicing at home. They are also great for learning combinations of movements (known as "forms"). Forms combine 8 or more Tai Chi movements together, and videos can be a great way to review them outside of class.

In addition, group Tai Chi videos can be a great way to get a head start on yourself. The art of Tai Chi is not learned overnight and is usually taught in stages. Group videos can help you research what is ahead, taking a look at movements, techniques, or forms that you have not yet learned. Keep in mind that these videos should not be used to learn the techniques, but to review them and become familiarized with them.

The verdict? Tai Chi videos are a great way to research Tai Chi and gain an understanding of the different movements and techniques used. They are also great for practicing the art form at home. With that said, if you are serious about learning the art of Tai Chi, group Tai Chi videos are not the way to do it. The only way to really learn Tai Chi is to practice in class with a reputable instructor such as those within the TCSociety. Videos can be used to supplement what you learn in class.

Have you been looking for Tai Chi Chuan instruction near Beverly Hills, CA? 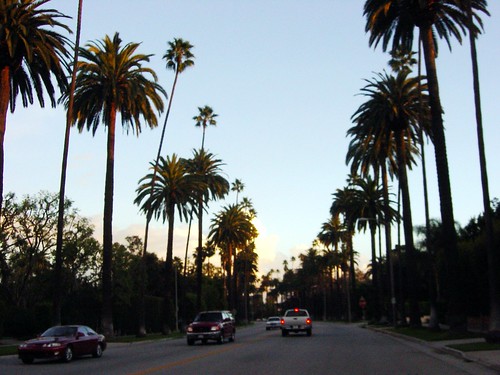 Here is a list of our Tai Chi Chuan classes within a 5 mile radius of Beverly Hills, CA:

These days, Tai Chi Chuan isn’t merely utilized as a type of self-defense but additionally as a resource to preserve an individual’s wellness. Numerous wellness benefits have been connected to training in Tai Chi Chuan. Scientists have proven that comprehensive Tai Chi performance shows numerous beneficial outcomes dealing with balance, mobility, and the health of one’s heart. It’s additionally proven to reduce the likelihood of falls. Continuous physical workouts can also melt away calories. With all of these confirmed beneficial outcomes, Tai Chi really should play a role in the day-to-day routines of individuals around the world.

From the time of the substantial preliminary advertising of the overall health advantages of Tai Chi Chuan in the earlier Twentieth century, it’s obtained global support from individuals with minimal or absolutely no interest in self-defense instruction.

This is a result of its advantages for overall health. Scientific reports of Tai Chi Chuan uphold its effectiveness as a replacement workout and as a sort of martial arts therapy.

In an effort to produce a relaxed and unobstructed frame of mind, it allows you to concentrate the imagination on only the actions you are doing.

Overall well-being: If you aren’t healthy or comfortable, you could find it challenging to attain a state of peacefulness or to apply Tai Chi Chuan as a form of self-defense. Tai Chi’s well-being education, consequently, offers notice to remedying the corporeal consequences of anxiety on the body and mind. Outstanding physical condition is a crucial phase when learning the skills you need to defend yourself.

Meditating: The heart and peace developed by the meditation component of Tai Chi Chaun is viewed as crucial in maintaining optimum wellness.

Self-defense Skills: The ability to use Tai Chi Chuan as a method of defending oneself is the pupil’s test of comprehension of the skill. Tai Chi Chuan allows one to learn the appropriate change in response to exterior forces and it teaches to stop an inbound strike rather than attempting to match it with an opposing power. The use of Tai Chi Chuan as a self-defense skill is fairly difficult and requires a lot of groundwork.

Tai Chi Chuan demonstrates 3 basic ranges: close, medium, and long, and any in the middle. Punches and open-hand hits are more regularly employed than straightforward blows. When it comes to kicks, these are usually to the lower legs and should always be below hip level. Primarily, Tai Chi experts assume their trainees to adequately acquire an understanding of defensive or counteractive abilities at first, and a beginner will need to display competence with them ahead of being coached for the offense.